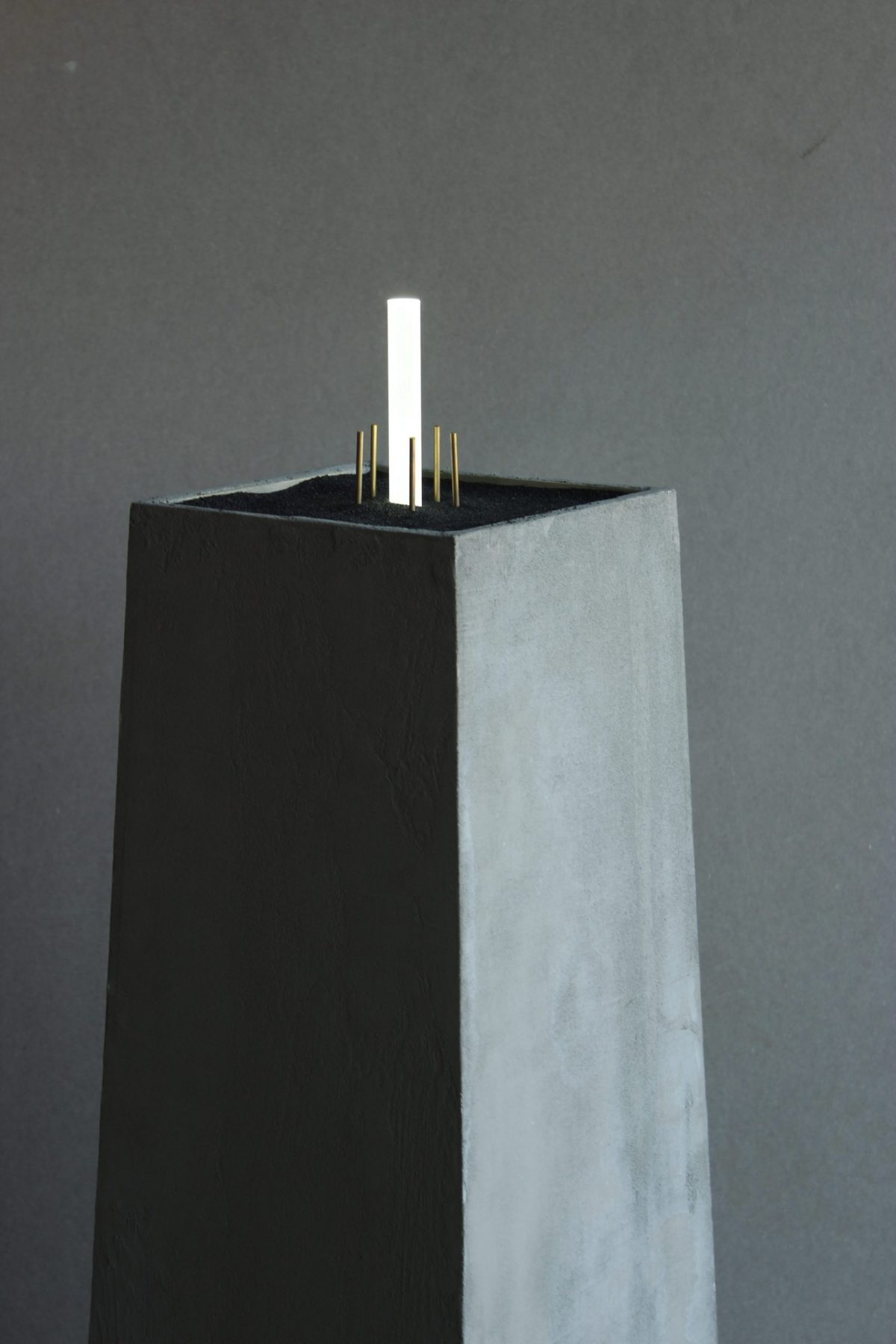 Art performance on culture of fear.

An experience to explain how politics can use fear to change opinions. 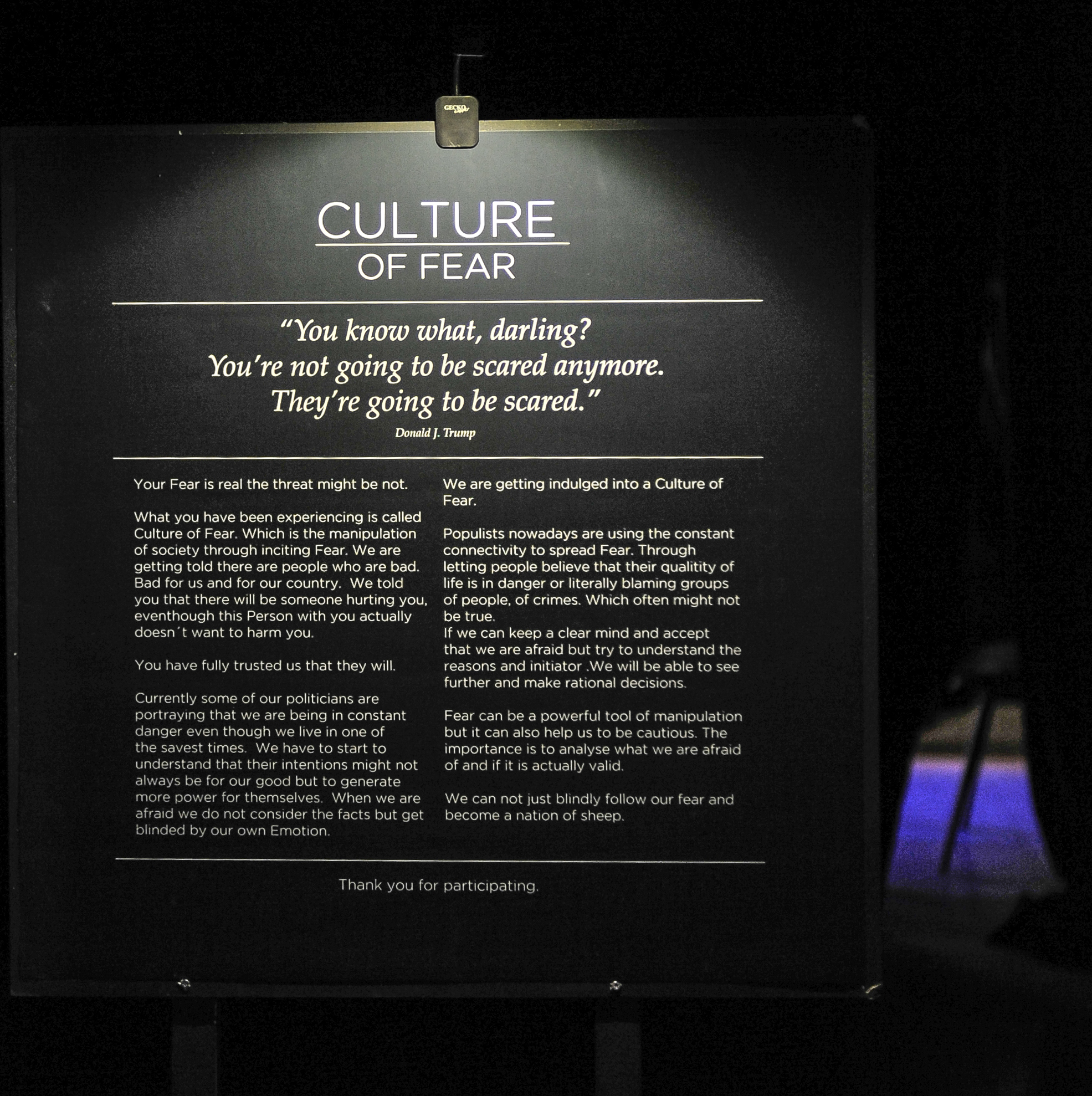 Culture of Fear is an interactive Installation, which reacts on fear itself. It experiments with the possible imaginary threat and how our mind is getting influenced through politicians and media. The participant is first interrogated with typical patterns of speech of right wing populists. Secondly they are sent inside a mace where there might or might not be a bad person. A sensor which when detecting any slight sign of fear extinguishes the only light in the maze is there only help to find their way out.

The term Culture of Fear is the concept of introducing fear into the general public to achieve political power and goals through emotional bias. When looking at the developments in the world we are living in, one can only become afraid. Constant news about terrible things happening like Terrorism, Climate change or the failure of political structures. Left, Right, Social, Conservative politics etc. and all kinds of media are telling us about possible threats, fear-mongering for their own financial or political profit. If you believe it, everything points at our inevitable death. Which makes it now once more the time to talk about fear it self and to understand that the emotion is a part of ourselves which we should embrace and be aware of. Fear should become an accepted part of our life so when we understand it, we can prevent that people use it to cause harm or manipulate us.


Culture of Fear was presented during STRP Biennale 2017 and has won the STRP ACT Award - Young Talent. 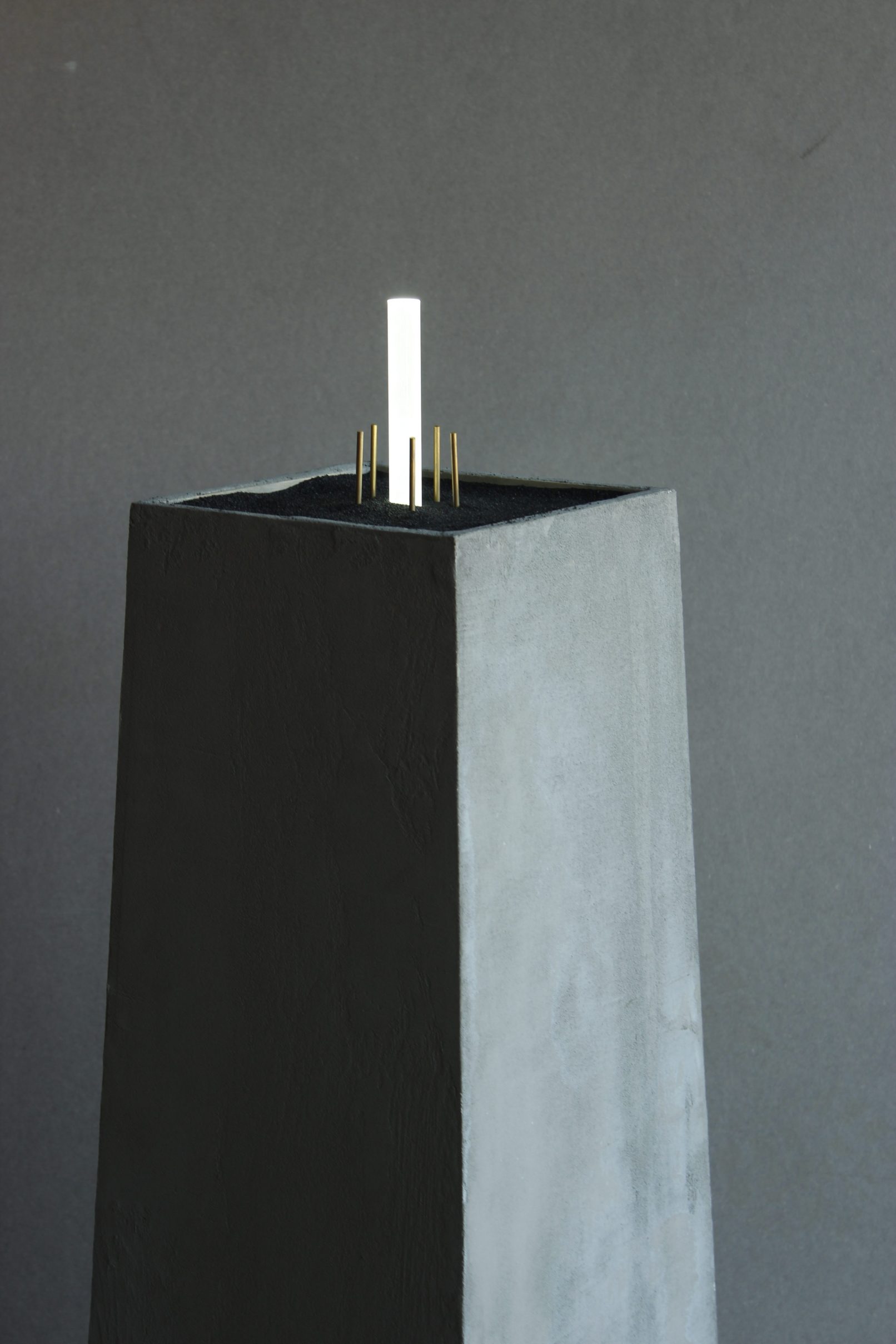